Created by Realtime Gaming, Victory is a navy-themed game with 20 paylines and five reels in which you don’t need to have any sailing knowledge to get your hands on the fixed jackpots. Featuring a number of symbols such as the cannon and the bell, the game, which you can play right now at Yebo Casino, has the usual wild and scatter you’d expect to find, but what it unusual is how high the fixed jackpots are. For even a small bet of less than a rand, you could net yourself a lot of money that will only happen if you find the right symbols. Ultimately, this slot game is about an historical war and if you’re tactical thinker who enjoys a little bit of history, this game is for you. 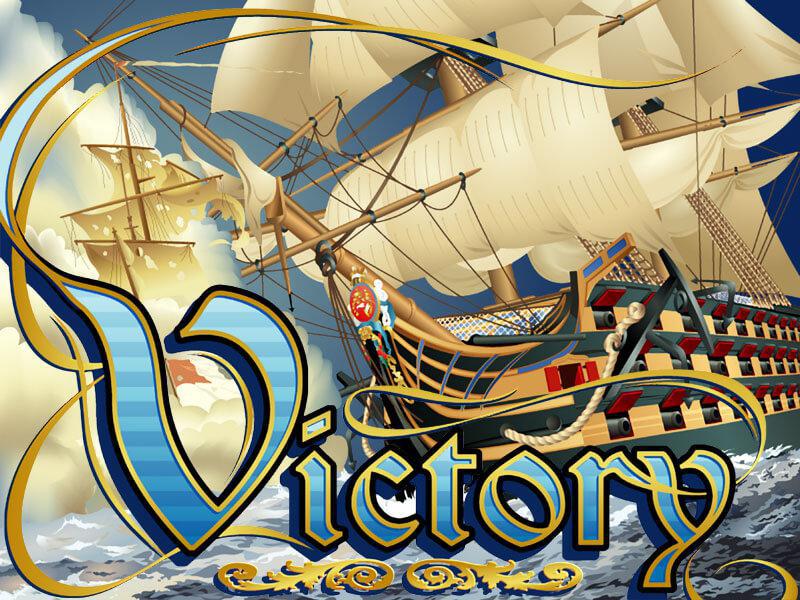 One of the symbols to keep a watchful eye out for is the ship which is also the wild and will make an appearance on reels three, four or five. Find it and it will help you complete winning combinations, but even without it, you could get some very high payouts, such as the 10 000 coin prize that awaits you if you find five of the captain symbols. Another great one to keep an eye out for is the telescope which has a 5 000 coin reward to offer the player who finds five on an active payline. There are a few other payouts you can activate but as this is a medium volatility slot, you shouldn’t expect too many surprises.

This under-rated video slot game does offer a surprisingly large number of free spins though and if you find three of the scatter symbol, you’ll net yourself 12 free spins. Find four scatters and you’ll get 20 free spins. And if you find five? Well, that’s 50 free spins you’ll be rewarded with as well as a double multiplier that will grow with every spin of the reels. But while the fixed jackpots are more than generous enough to keep you playing in the short term, you may notice that there is no progressive jackpot. This is a strange occurrence for an RTG game, since most of their video slots have not one but two progressives. This game doesn’t have a progressive at all.

For many players, the lack of a progressive jackpot and the old fashioned illustrations might be a reason not to play, but the game’s smart theme along with its good fixed jackpots make it worth spending a bit of time on it. And the game does feature the autoplay option, so even if you don’t want to play for hours on end, you can set the game to do all of the work for you. Overall, this is not one of the top games on the list of those developed by RTG, but it is a pleasant game. If you haven’t tried it yet, place a low wager. You have very little to lose and some impressively high fixed jackpots to potentially gain.