If you’ve been playing at Yebo Casino for some time, you may have noticed that there are a lot of nautically themed games out there, and there is a good reason for this. These are the games that people really enjoy, since most of them include a hunt for hidden treasure. This is certainly true of the game Sea Captain, which was developed by Real Time Gaming to add one more facet to the idea of deep sea treasures and adventures on the waves. The game offers players 25 paylines and five reels, all of which can be spun with the goal of winning either the fixed or the progressive jackpots. Though the theme is nautical, it is not a treasure filled with coins that you will want to see appearing on the reels in this game, but a big fish on the hook. Some of the other symbols you’ll see when you play include the octopus, the lighthouse, the ship and the life ring. 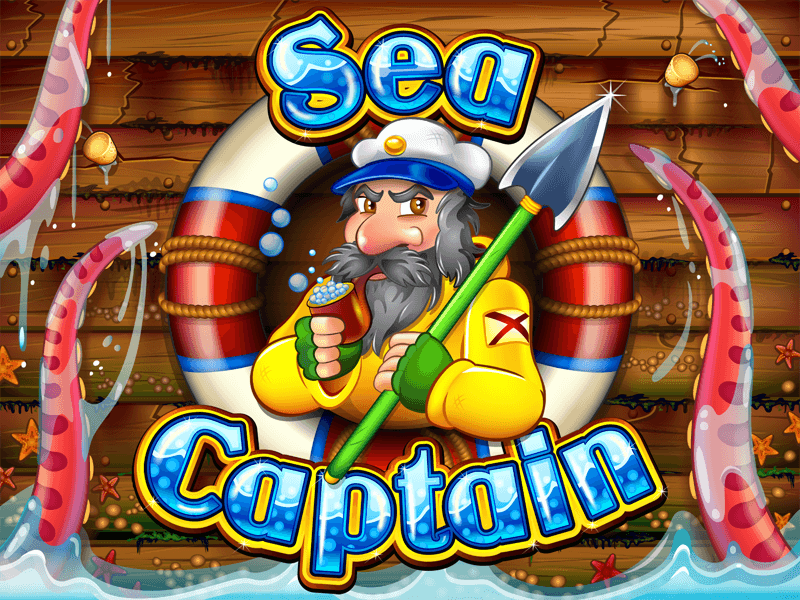 A penny slot with big payouts on the line, Sea Captain’s top symbols for big payouts include the squid, which also happens to be the wild symbol. When the squid appears on either the second or the fourth reel, you can use it as a substitute for any other symbol, which means a winning combination could be within your grasp. Find four of the ship symbols, for example, and using a squid to complete the combo, you could net yourself a great 10 000 coin win. Another symbol that will prove very rewarding is the lighthouse, which will pay out 2 500 coins if you find five of these.

If you love games with special features, this one will not disappoint. Though there is no big bonus game, the scatter symbols do unlock the bonus feature, which will allow you up to seven free spins with a triple multiplier. If you’re thinking that the number of free spins doesn’t seem very high, consider that every time the scatter symbol, which is the sea captain, appears on the reels during your free spins, you’ll have another free spin added to your total. Not only will this give you loads of chances to win any of the fixed payouts, but it’s also a perfect chance to try and get the progressive jackpot on the hook.

The progressive jackpot is one of the largest you’ll encounter when it comes to video slots and is sitting at a total in excess of R350 000. Because it is triggered at random though, you’ll want to start playing soon if you’re hoping to hook this white whale. This shouldn’t be too difficult though, especially if you use the game’s autoplay feature, which will do all of the work for you.

This game offers players some pretty big wins, especially in terms of the progressive, but given the intricacies and various facets of so many slots these days, it may have been made more appealing with the addition of a bonus game. This could have been as simple as the chance to hook a fish for bonus spins or multipliers.