It’s time to hit the ice and earn yourself a lot of money for doing so in the game of Hockey Hero. This video slot game with 25 paylines and five reels offers players a wild experience with great graphics, an enticing theme and two progressives just waiting to be claimed. While the theme of ice hockey is not one that many South Africans can relate to, the folks at Real Time Gaming have put such effort into this game that it would be difficult not to enjoy it. The first time you play it at Yebo Casino, expect to see symbols such as the hockey puck, the beer cup, the hockey mask (which is a little reminiscent of the movie Friday the 13th), the tickets, popcorn and the goalie.

You can start the game with relatively low wagers so if you’re a beginner, this is a great video slot game to start your online casino experience. The progressive jackpots are more than enough to ensure you enjoy your gaming experience too and the minor is currently sitting at about R7 000, while the major is growing each day from its current total of over R20 000. Though these progressives were right at the time of writing, you’ll have to play to ensure someone doesn’t snatch them out from under your nose.

If it’s not the progressives that have caught your eye, be sure to look out for the symbols that could net you a fixed win. The rhino team symbol will pay you our 10 000 coins if five of these appear while if you find the wild symbol, which is the energetic player, you’ll double that. The player, when he appears, also animates and you’ll need to stand back when he shoots the puck right at your face! 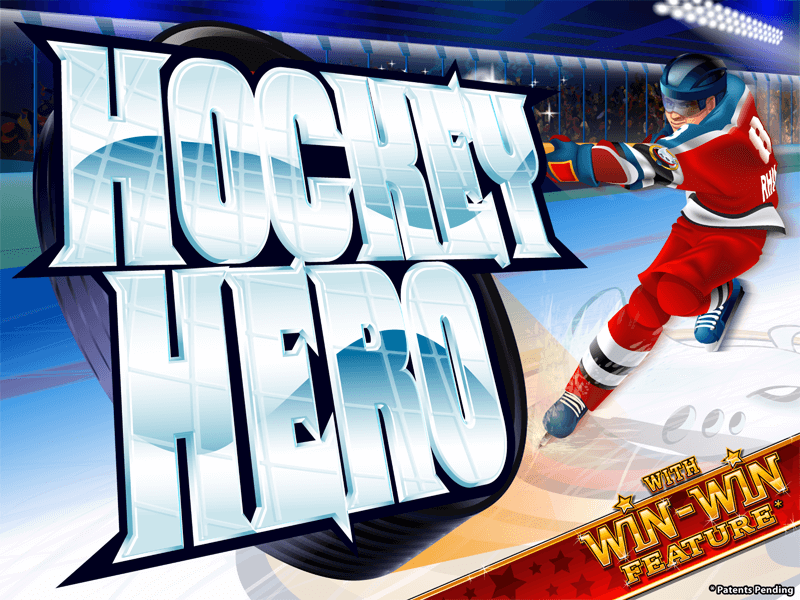 The game’s scatter is the penalty box where players may need to wait but you won’t. Find three or more of these and you’ll win yourself up to 18 spins, for free. During your free spins, any peanut symbols will be taken off the reels and a clock will be added to the first reel. After three spins, another symbol will disappear and the clock will be added to the second reel. Your free spins will end either when you hit that magic 18 or if either of the two clocks appears.

This is a game that is really all about the player and we don’t mean the hockey player. With its win-win feature that could net you more cash to the autoplay that allows you to set your parameters and let the game play on your behalf, this is game is player-centric. The two progressives mentioned above are also completely random, so if you needed more proof that Hockey Hero is a great game, there is it. Though this game’s theme is not exactly South African, it doesn’t really matter because it has been so well crafted and is so engaging that you’ll think you’ve been a hockey fan all your life.