If you want a friend you can trust, get a golden retriever. Should you prefer a game in which you have multiple opportunities to win and have a great time too, play Golden Retriever, the Real Series game brought to you by Yebo Casino from the Real Time Gaming stable. If you haven’t guessed already, this is a dog-themed game in which symbols such as collars, kennels and bones are the norm. The Golden Retriever symbol is one to look out for as is his doggie girlfriend. The illustration style is quite simple though, so don’t expect to see any cute puppy photos in this game. The game also features filler symbols such as the Ace, king, queen and so on.

The game allows for players who like to bet high and those who like to bet low, and has a decent top fixed jackpot of 2 500 coins if you find the Golden Retriever’s girlfriend. Of course, if the retriever himself shows up to complete a winning combo with his girlfriend, your win will double as he is the wild. Some of the other symbols to keep an eye on include the kennel, which will net you a decent 1000 coins and the collar which has 500 coins to offer up if you hit or land on five of these symbols. 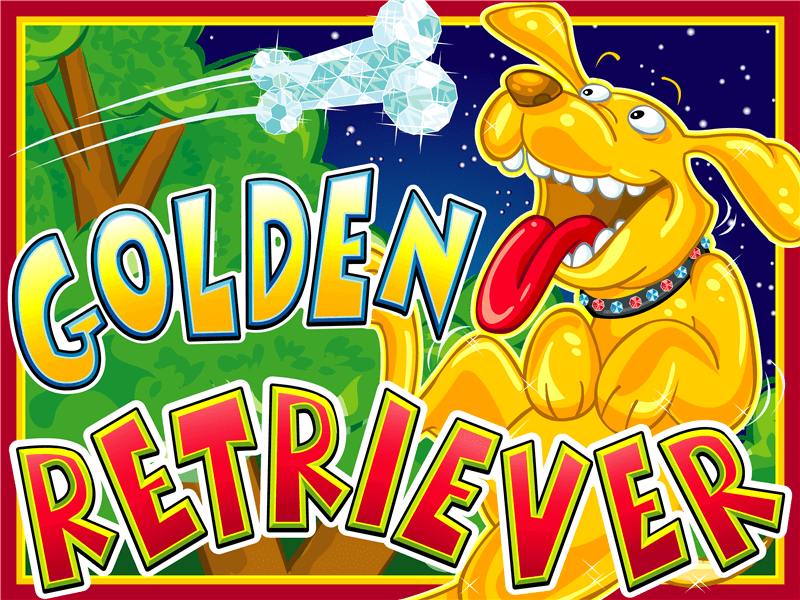 The game seems quite straightforward at first, until you get to its special features. Besides the fact that the golden retriever is the wild symbol and he substitutes to help make up any winning combo, the bone is the scatter symbol and should you find it, will multiply your bet by as much 250 times. As an extra ‘bone-us’ (get it?), finding the bone symbol will also give you up to 10 free spins. During these free spins, any winnings you have will all be pooled together so that you have a big pot of money to take away at the end.

Another cute feature of the game is the Dig Feature, which occurs at the end of your free spins. Once the reels have stopped, the retriever will appear and he will dig up a multiplier for you. He may find a multiplier of as much as 20 times, which means you get much more cash than you bargained for. Of course, any RTG game wouldn’t be quite right without a progressive and this game has a fairly decent one. At last count, the progressive was sitting at over R300 000 but since its random, anyone could win it at any time, so best you start playing as soon as possible.

The game features an autoplay mode, as do so many of the games you’ll find at Yebo Casino, so that you can keep the wins going even when you’re not there to press the button. Set the parameters that make sense to you and then go do well anything, while the computer does all the work for you.

If it’s light-hearted fun you’re after, this game has it in spades, and the opportunities to win combined with the bonus features make this game a top contender for the position of favourite game in the hearts of its players.