« Chinese New Year, How to Get Luck Yebo Casino’s Tips

Black Panther is Yebo Casino’s Movie of the Month

This has absolutely nothing to with the fact that there were South Africans in the cast. Neither has it got anything to do with the fact isiXhosa is the official language of Wakanda, where the Black Panther is king. It is just that the movie is awesome. Although we have to admit that there are several reasons for Yebo Casino to be biased towards the film. 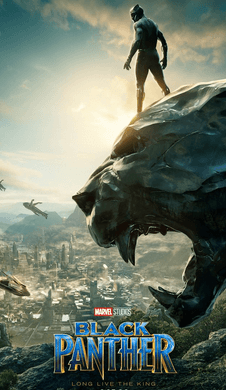 Officially released on the 29th of January, the movie was first made available for the South African audience on the 16th of February. Ever since then the movie has been raking in millions of rands in revenue. Most of the people are watching the movie again, and again, and again.

Based on Marvel comic’s superhero Black Panther, the movie starts where the Captain America: Civil War ended. After his father’s death, T’Challa returns home to become King. The plot of the movie interweaves between the past and the present to give the viewers a full background of how we ended up here.

Not Just Another Super Hero Movie

There have been many superhero movies that have been released but not very few have gotten the response that the Black Panther movie has. Black Panther is not just a different kind of hero because he is from Africa, no there is more. Something that makes the audience come to relate to the hero and his problems in an intimate way.

Regardless of how good the story is we have to give credit to the producers Kevin Feige and David J. Grant, and the Director Ryan Coogler who turned the 200 million dollar budget into a classic movie. Many of the actors in the film gave such powerful performances that they have become Hollywood A-List stars overnight.