Giant South African Telecommunications Company has reduced the perks that the Mandela family receives. The family which is practically SA royalty have been enjoying uncapped airtime for the past 23 years. 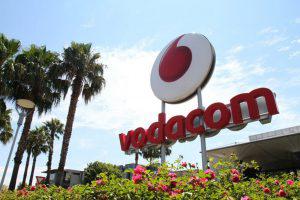 Why the Free Airtime was Reduced

The official statement from Vodacom speaks of how the world has changed since the rainbow Nation was born under the iconic leader. Thus according to Vodacom the contracts between corporates and public figures like the Mandela family have to be reviewed. The company’s spokesperson Byron Kennedy gave that as the reason for restricting family’s benefits.

There have been a lot of technological advancements since the turn of the century. One of the things that have changed is the capabilities of mobile phones. This happens to be the telecom corporation’s core business. Today the latest smart devices use a lot more resources than the earlier generation phones.

Many news sites in South Africa and beyond attribute the cutting of the benefits to a ballooning bill on the account. The information was obtained from a very close family friend.

However, no one at Vodacom could comment on the issue since they are bound by Protection of Personal Information Act. The act restricts the company from sharing the details surrounding the event. But the spokesperson from Vodacom made it clear that they had communicated to the family the changes in advance.

The family insider says that the perks were reduced because the family was consuming a significant amount of credit each month. This, the informant pointed out, is likely to be because of the smart phones. A reason that makes a lot of sense considering that activities like real money online casino gaming are now common hobbies. Especially since they can now be played on mobile devices.

Mama Winnie Mandela is now on a capped contract of R2,500 per month. Her daughters Zinzi, Zenani and their children, Nelson Mandela’s grandchildren, Mandla, Mbuso and Ndaba are now on capped R750 top-up contracts.