« How to Get Into School

Real money gambling is great, real money ONLINE gambling is even better and real money online gambling at Yebo Casino is the Top you can get in South Africa. That is a fact. However, entertainment like everything else in life has to be balanced.

Too much of one thing even if it is real money online gambling is not good. And anyway when you win that money you have to find things to do with it. If movies are your thing below are the top movie releases to look forward to in the few weeks to come.

The Top Releases For March 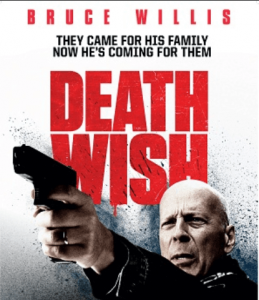 Another Bruce Willis movie is scheduled for release early in the month. The Die Hard star joins the now long list action heroes from yester-year proving that they can still bring the adrenalin pumping action at a ripe old age. “Death Wish” is the name of Bruce Willis’ latest cinematic offering.

Starring Opera Winfrey, Disney’s “A Wrinkle in Time” is also a good movie to put on your “to watch” list. This is not so much because of the quality of the movie but because it stars Oprah Winfrey. Reese Witherspoon and Mindy Kaling also star in the sci-fi which has a great story but all that is not really important, there is Oprah!

Most Girls and Guys enjoyed the Tomb Raider Video games. Those that did not had a chance to fall in love with Lara Croft when Angelina Jolie played the more mature character at the turn of the century. This time a youthful Alicia Vikander plays Miss Croft in this adventure to the beginning of the Tomb Raider story. 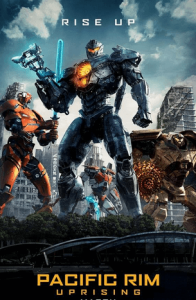 “Pacific Rim Rising” is one of the movies that is tipped to challenge the superhero from Wakanda for box office supremacy. The movie starring John Boyega and Scott Eastwood is about human piloted Robots defending the human race. A lot of money was spent making the movie so it must be nice.

With Easter coming up there are a lot of Christian movies set to be released. “Paul, the Apostle of Christ” is our pick over the lot. The movie tells an epic story of faith versus oppression. It was directed by the crew that gave us War Room. Besides the movie has classic one-liners like “…where sin abounds, grace abounds more.”

These are just 5 movies but there is a long list of movies ready for release this month. We would talk more about them but then they would end up taking valuable real money gambling time.