Home » Our Blog » the Month of March at Yebo Casino

the Month of March at Yebo Casino

The 31st of March marks the end of the first quarter of the year. In 2018, the month of March has been very eventful. There have been several really interesting things happening in South Africa and the entire world. We shall not waste any more time on the idle chit-chat and begin a look at the month that has just gone by. 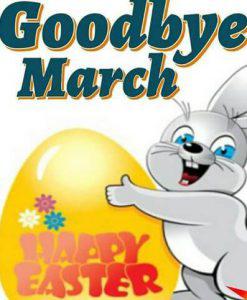 There were a lot of events on the SA social calendar in March. These included some public holidays, some foreign national celebrations and even an opportunity to buy your mom some cool flowers.

Mothering Sunday was on the 4th week of lent which took up the whole month as Christians from all over the country fasted and prayed. This year the day was commemorated on the 11th of March. If you did not manage to get your mother something, do not worry Mother’s Day is around the corner on 10 May 2018.

St Patrick’s Day is not an excuse for the Irish to get drunk and enjoy themselves. No the 17th day of March is the day the Irish nation, including those in the diaspora to remember their patron saint. This year the parties where just as wild as ever.

Human Rights Day in 2018 came in the wake of Sexual Harassment scandals that are rocking the entire world. Modern-day slavery is also a major issue that is affecting humanity. There has never been a better time to re-examine how you treat other people, your future may depend on it one day.

There were two games released during the month at Yebo Casino. Both Oriental themed games are developed by RealTime Gaming. If you missed the special bonuses to play the games don’t worry just watch this space for the next new releases and the associated bonuses

The Ides of March, a date that was cleared of any ill-luck by Yebo Casino proves yet again that it actually is unlucky. There was no big real money win on the day. As if to make a point that the day is cursed even the day after it had no big wins.

St Patrick’s Day was indeed a lucky day as the biggest real money win recorded at SA’s top online casino on the day was in excess of R20,000. This prize was won on the Cleopatra’s Gold online slot.

Thank you for enjoying the month of March at Yebo Casino. May April bring you more luck.