Real Madrid is ready to consider an offer of £100 million from the Italian champions Juventus for their talisman Cristiano Ronaldo. The 33-year old Portugal international has scored 451 goals. He has also helped Los Blanco’s win five European titles.

The five-times Ballon d’Or’ winner‘s future has been the subject of intense discussion. Reports from the media indicate that  Ronaldo has fallen out with the Real Madrid president Florentino Perez. Spanish reporter Guillem Balague reported that Cristiano is very keen to push a move to join Juventus. The Turin side is ready to offer the Portuguese maestro a worthwhile deal. Ronaldo would earn around 30 million Euros a year on a four-year contract if the deal materialises.

Time for a Change of Guard at Los Blanco’s 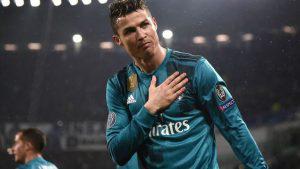 Cristiano has been unhappy at Real Madrid for a very long time. He has been offered many deals in the past by Madrid for him to stay. His pockets have been boosted every time he mentions he wants to leave. However, now it seems like the 33-year-old is now seeking for a new challenge elsewhere.

This could be the right time for Real Madrid president Perez to cash in on someone who is nearly 34 years old. This gamble can prove rewarding for both parties.

There are reports circulating suggesting that Brazilian golden boy Neymar is likely to replace Ronaldo at the Bernabeu. Neymar is with Brazil in Russia at the World Cup and he has been linked with a move to Real Madrid.

The 19-year-old French international Kylian Mbappe is also admired by Perez and his mouth-watering displays at the World Cup in Russia might persuade Madrid to lure him from PSG.

If either of the two deals came through then it could be a progressive summer for Real Madrid.  The winds of change have hit Bernabeu.  You can still enjoy the gambling games at Yebo Casino while you watch how the new football season will unfold.