The game of football in Mzansi has become the most watched and competitive sports in the Republic. That’s is why without any doubt Richest Football Clubs are now spending a lot of real money on signing players.

Without any extra ado, let’s blow our vuvuzelas and celebrate football clubs in Mzansi that either owned by millionaires or groups of shareholders. There are quite a number of rich clubs that have made the ABSA Premier League to be recognised in the whole of Africa. 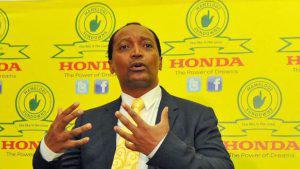 The well-decorated football club was founded in 1970. Since then Sundowns has thrived to become one of the best and the richest club in Africa. It is owned by Patrice Mostepe, one of the richest man in Africa. The Pretoria based club has won the African Champions League seven times and it is the only Mzansi football club to play in the FIFA Club World Cup. Above all, talking about real money the “Masandawana” has an estimated net worth of $17.8 million.

The Soweto based football club has become a top-flight soccer team under the leadership of Kaizer Motaung. The club is not only rich in terms of money. But it has the highest fan base in the country with over 20 million fans. The fan base has also crossed the borders with others fans in countries such as Zimbabwe, Mozambique and Namibia. Adding to that the club carries an estimated net value of $15.6 million.

The above-mentioned football clubs have seen it all in their pursuit for success. It’s all about working hard as a team to achieve the mentioned accolades. However, there are also other clubs who have done well in South African football. The likes Orlando Pirates, Supersport United and Bidvest Wits.