Kagiso Rabada is certainly one of the fastest rising stars in South African cricket. You can disagree but there is no denying that his fast bowling is placing him in the record books. As cricket fever grips the whole world this month, Yebo Casino cannot resist to join Mzansi in backing the Proteas. And in true Yebo Casino style we are doing it with massive promotion.

1st Promotion For The World’s #1 Bowler

Cricket season promotions started with the ICC First Match Promotion. The only thing big enough to come after that is a promotion based on the World’s #1 bowler. 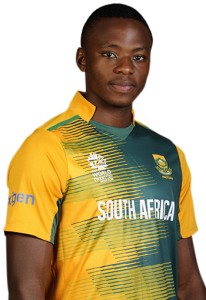 Although Rabada is still only 22, Yebo casino is giving away a 50’s bonus. 50% match up bonus on all deposits. The casino is also giving away 50 free spins to play on the Snowmania online video slot. Maybe the speedster’s heat will help you melt your way to a real money online jackpot on the chilly video slot.

Who Qualifies For The Promotion

Everyone, any real money online casino player at Yebo Casino automatically qualifies for the promotion. Players in Namibia, Lesotho and Swaziland can also enjoy the Rabada Promotion.

All that is required is for players to quote code: RABADA50 after making any deposit above R100. The maximum bonus that players can receive on this promotion is R4,000.00. The promotion is available every Friday of the month. Yes, even after the tournament the promotion will still be running.

What better way to celebrate cricket than to honour young talent. Rabada is arguably the best fast bowler produced by South Africa, after Mkaya Ntini. Already the youngster is after the legend’s records. He is the second youngest player to take 10 wickets. Obviously after Macky, The Mdingi Express. Nicknamed “The Black Panther” Rabada is one cricketer to watch. As usual the promotion runs all throughout the day. Use the bonuses on offer in the Rabada promotion to warm you way to some real money online casino prizes.