« The Five Article Design How To Start Publishing an Essay 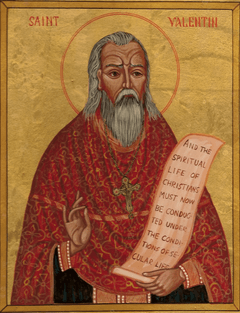 There is a St Valentine, in fact, the Catholic church recognizes quite a number of saints with the name Valentine. However, there are two stories of a saint who was martyred about 500 years after the death of Jesus by Claudius II. The stories are different leading people to think that these are two different men. In the 5th century, Pope Gelasius decided to honour the Saint on the 14th of February.

Each of the saints has a day dedicated to them. This means that you can celebrate St Valentine’s day several times in the year. However, the celebration in the middle of the month of February appeared on the Christian calendar soon after the Lupercalia was outlawed.

Lupercalia is a pagan Roman festival that honoured the founders of Rome, Romulus and Remus. This celebration that started with the sacrificing of a dog and a goat would end up with bachelors and single women pairing up for the year. The pairing up was completely random (lottery style, just how Yebo Casino likes things). Sometimes the pairing would result in marriage.

Romantic celebrations were only recorded after Geoffrey Chaucer, a medieval poet wrote about it in a romantic poem that went as viral as a poem can. He referred to the day (February 14) as a day that creatures find love. It was traditionally believed that the middle of February is the time when birds find love.

The first recorded paper Valentine was in 1415. The guy it is attributed to was unable to recite his poem/verse in person like everyone else because he was in jail.