New season and new rules, the all-new English Premier League season will be in full swing on Friday night. Manchester United will welcome  Leicester City to Old Trafford as they kick off the first match of the new season. Soccer fans are highly anticipating the new season. However, they have to be aware of the new rules inserted by the Football Association (FA).

Refining of the law of the game is quite normal. it happens almost every new season but the new rules in this season are quite interesting.  We are going to walk you through what you need to know and what to expect this season. 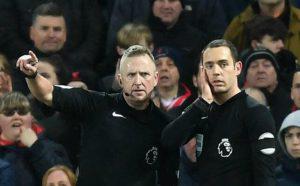 The Video Assistant Referee played a big role at the Russia 2018 World Cup. The VAR will be applied in League cup matches such as the Carabao Cup and the FA Cup. The Video Assistant Referee will only be used in Premier League stadiums. This will increase its use to 60 games in the 2018/19 season. Teams which are in the League One and League Two will not have the access.  This is a new process by the Premier League to implement the VAR so that it can be used in the top flight in the future.

Technology on the Dugout

In recent years we haven’t noticed the use of new technology such as Ipads by the coaching staff on the dugout. The new rule was passed for the technical staff to use technological gadgets we are going to notice tactical videos being shown to players. However, Tablets are not allowed to dispute the decision that has been made by the official.

The Premier League has now moved to clamp down bad behaviour from managers and coaches in the dugout. Since the Arsene Wenger and Mourinho’s touchline debacle we can only applaud the decision. Yellow cards and red cards are not going to be issued to managers for bad behaviour. But four warnings from the referee and the manager will get a four-match ban.