Kenny Rogers and Dolly Parton will perform together for what looks like the last time on October 25, 2017. The show which is to be held in Nashville is the pair’s first public performance in more than 10 years. Dolly and Kenny who were once rumoured to be romantically involved over the years have only performed together twice in 27 years. This only stands to make this performance that more special. 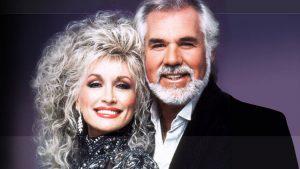 Despite the few shows together, the two have been duet partners several times. They share many very popular songs that South African country music fans can relate to. But the music produced by the two is entertaining even to people who are not fans of the genre. All good things have the ability to cross boundaries. Hits that the two singers made together include “Real Love”, “Love is Strange” and more recently “You can’t make old friends”

The Gambler Knows When to Quit

This concert is called “All In for the Gambler: Kenny Rogers’ Farewell Concert Celebration”. There is no better name to give a concert in which one of the greatest country music icons calls it quits. Especially one whose song “The Gambler” has defined gambling strategies for many casino game players. Even though ill health has forced the artist to retire, he has retired while he is still on top. The best time for anyone including non-gamblers to quit.

Kenny Rogers told Rolling Stone that “I’ve had a great life, I can’t complain, but it’s time for me to hang it up.”

The performance is part of a farewell concert for the Rogers who is celebrating 60 years in the music industry. As part of the concert, there will be performances by a lot of artists. Artists that will be performing at the show include Little Big Town, Elle King and Idina Menzel. The show that will be at Bridgestone Arena will be taped for a later broadcast. Tickets to the show started selling in July.