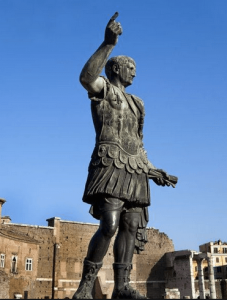 Is it even ok for the Top online casino in South Africa to wish its thousands of members a happy Ides of March? The statement “beware the Ides of March has created a negative perception about the day. William Shakespeare is to blame for turning this completely harmless statement into the infamous quote that it has now become.

What is the Ides of March

The Ides of a month is the middle of that month. That means that there is an Ides of January, February right through to December. The word “Ide” literary translates from ancient Roman to the middle. Therefore when we speak about the Ides of March, we mean the 15th of March.

There is nothing unlucky about the day. Unlike other days like the Friday the 13th which have a historical background of ill luck. The Ides only started to be significant after Will Shakespeare’s Julius Caesar was published.

Beware the Ides of March

We all know how that story ends. There are several online casino games which are based on parts of the story. These include the progressive Cleopatra’s Gold and Caesar’s Empire real money slots.

There are a few events in history when bad things happened on the “ides of March”. The majority of the events look like they could have been planned in advance to coincide with the day. These include Hitler’s invasion of Prague in 1939.

So Happy Ides of March

Now that we are clear that the statement merely means have a great a great Thursday, 15 March 2018 we would like to wish the same to all of you. Enjoy the Top gambling in South Africa at Yebo Casino.