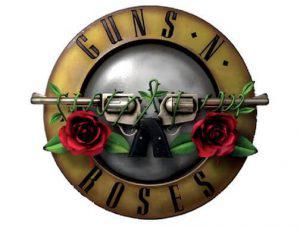 American Rock and Roll band, Guns N’ Roses will be playing in South Africa the first time ever. The hardcore Rock band that set stages on fire since 1985 until 1996 is set to have one concert in Johannesburg. The tour is dubbed, “Not In This Lifetime” and the SA performance is going to be in November.
Rock group, Guns N’ Roses is well-known for it’s outrageous and insane performances. Besides the awesome performance,  Rock and Roll lovers have most of their songs on their playlist.
GN’R, in short, is one of the popular musical bands. They made waves worldwide during their time, that is before splitting.

3 songs that made Guns N’ Roses a memorable band include:

This song takes you to the where the grass is green and the girls look pretty. The song Paradise City was featured on their album Appetite For Destruction. It was a single released in 1988. The song was a hit, it reached number five on the Billboard 100.

You could be mine

“You Could Be Mine” was a soundtrack on the Terminator 2 Judgement Day flick. It was released in 1991 originally for the action-packed movie.

Welcome to the Jungle

This was and still is a good song of all time. Even though it never went on number one on the Billboard 100, a good song will live forever. This is another song from the Appetite for Destruction album released in 1987.

Of Course, you can still enjoy listening to your own GN’R playlist while playing casino games at Yebo Casino. This is courtesy of the mute option available on all games. Just another of the pleasures of playing at the #1 online casino in SA