Veteran comic and entertainer Jerry Lewis died at the age of 91. The artist who has been part of the American entertainment industry since its early years in the 20th century died of natural causes. This is after battling a host of ailments over the years. He fought lung disease pulmonary fibrosis, heart issues, a debilitating back problem and addiction to pain killers. 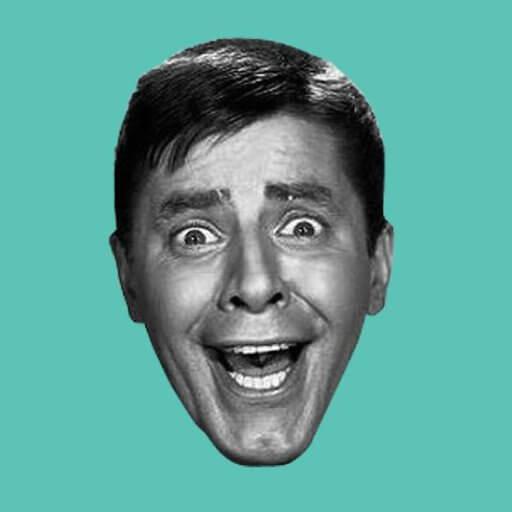 Even though Jerry Lewis stayed in Las Vegas, where he also died surrounded by family and friends, that is not the reason why Yebo Casino is honouring the legend. The fact that he stayed in the gambling centre of the world only contributes a little bit to his legend status. We are honouring a true Hollywood survivor.

The man, Jerry Lewis got into the big time entertainment at the age of 20. From that time he has been in nearly all forms of entertainment. Although he is described as a “Hollywood” survivor he worked in the entire American entertainment industry.

He got his star-making break when he was partnered with Dean Martin.  A partnership that lasted several years and was finally dissolved in 1956. Martin once said, “I knew we were in trouble the day someone gave Jerry a book about Charlie Chaplin.” This statement describes his early comedic life.

However, after the split with Martin, Lewis went on to do a couple of serious films. He found a new home on the telethon which most South Africans remember him for. The radio personality/film star also took time to write and do Broadway.

The Secret to Surviving

His versatility was one of the reasons Jerry managed to continue to be a star until his very last years. He always managed to remain relevant by reinventing himself. The ability to adapt to the times managed to help Lewis to weather the storms of change which regularly hit Hollywood.

Sources close to Jerry Lewis say that he was afraid of solitude. Well, this time Jerry will just have to walk alone. At least we live in the age of video so we will always be able to see the legend sing “You’ll Never Walk Alone.”