Home » Our Blog » Build Up to ABSA Premier Soccer League

ABSA Premier Soccer league is looming and set to kick off this weekend. We going to walk you through the big 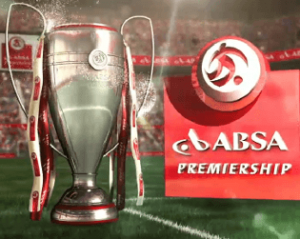 three teams in South African football. The rivalry between the Soweto giants Kaizer Chiefs and Orlando Pirates is one of the furious rivalries in the history of Mzansi football. The most fascinating thing is that there is no rivalry at Yebo Casino everyone has a chance of walking away as an ultimate winner. Play online slots at Yebo Casino and stand a chance of winning real money.

However, the coming of the popularly known as (Masandawana) Mamelodi Sundowns has been a massive game changer in South African football. Their audacity to spend big on transfer has led them to be more dominant in the country and in Africa. The current champions will be aiming to reclaim the title once again. But the likes of Kaizer Chiefs (Amakhosi) and Orlando Pirates (Buccaneers) will also be gunning to toughen up the competition.

The Soweto giants will be aiming to improve after finishing as runners-up last season. With the CAF competition in their fixtures this season, Pirates will be buoyed to aim higher. The coming of new players, the new technical team is such a major boost to the Orlando Pirates squad. Their opening fixture will be a walk in the park as they will battle it out against the newly promoted Highlands Park.

Amakhosi have failed to win a major trophy in three consecutive seasons. With a look of things, it seems like the curse will prolong as the top management is failing to sign top quality players. Kaizer Chiefs will play their opening encounter against the champions Mamelodi Sundowns. The match will be a huge test for them to see if they can compete at the top level in the league.

Popularly known as the Brazilians, the current champions Mamelodi Sundowns will be aiming to retain the title and make their mark in Africa. However, their opening fixture against Kaizer Chiefs will be a major test going forward. The soccer loving fans in Mzansi will look forward to this dramatic and dazzling encounter.